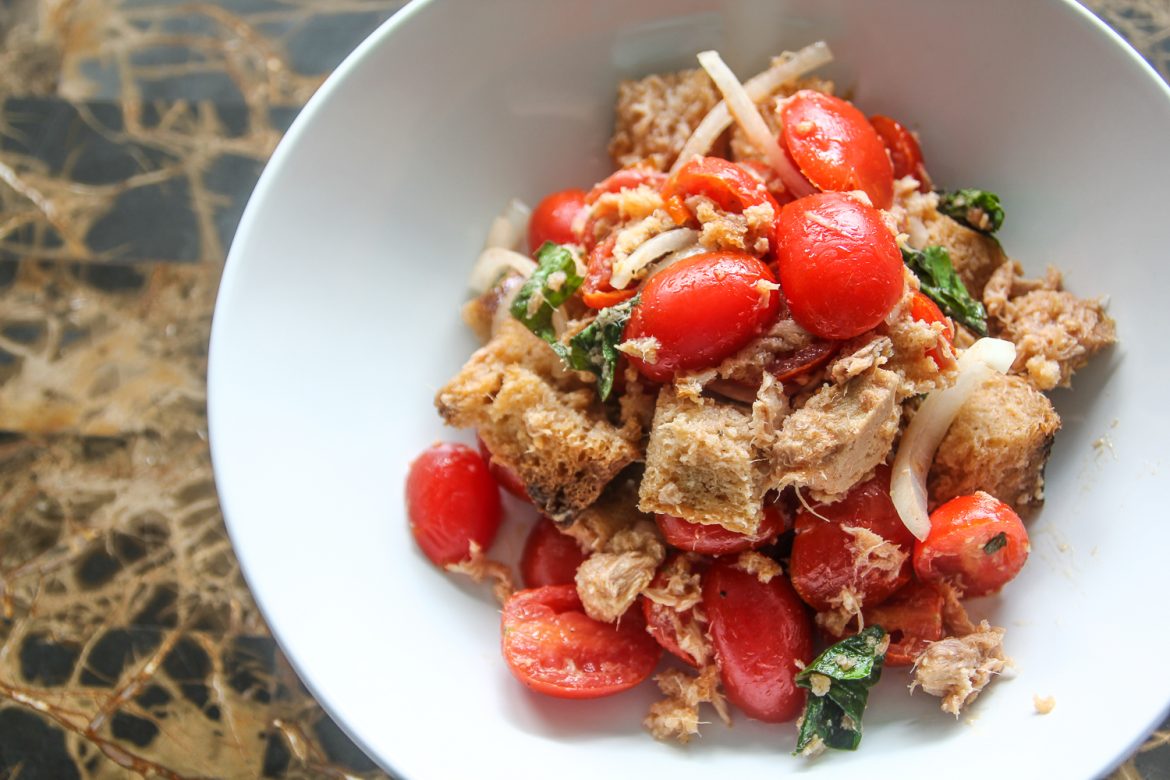 Panzanella is classic Tuscan “peasant food”. It can be made quickly using a few simple pantry staples and some fresh tomatoes and basil. Don’t be afraid of this bread salad, it’s so tasty and easy to whip up for a quick meal on weeknights. It’s important to use good quality olive oil to really make those flavours pop!

First step is to toast your croutons. Place your bread cubes on a baking sheet and broil at 400 degrees for about 10 minutes, flipping halfway.
Place your tomatoes in a mixing bowl and squeeze them with your hands to allow some of the juices to come out. You don’t want them too mushy at this point. Add a splash of water to the bowl, along with some salt, pepper, and one onion, thinly chopped. Strain your tuna before adding it to the bowl, along with about 1/2 cup of Extra Virgin Olive Oil and a good splash of red wine vinegar. Finish with lots of basil, which you can chop or just rip up with your hands. Stir well to combine and let sit for 5 minutes before serving.
Tuna Panzanella was last modified: October 24th, 2018 by
Tuna Panzanella was last modified: October 24th, 2018 by 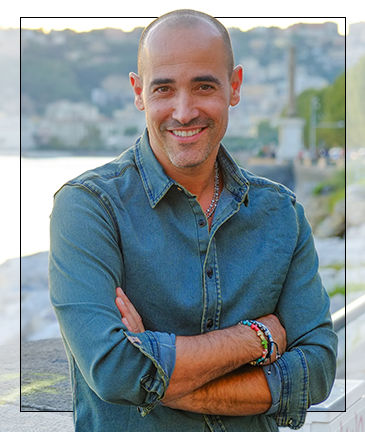 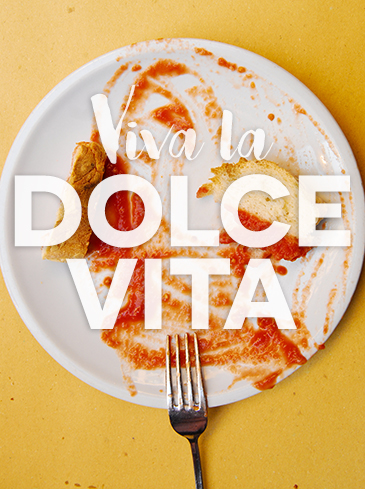